A personal perspective on COVID-19 in Japan and the US. 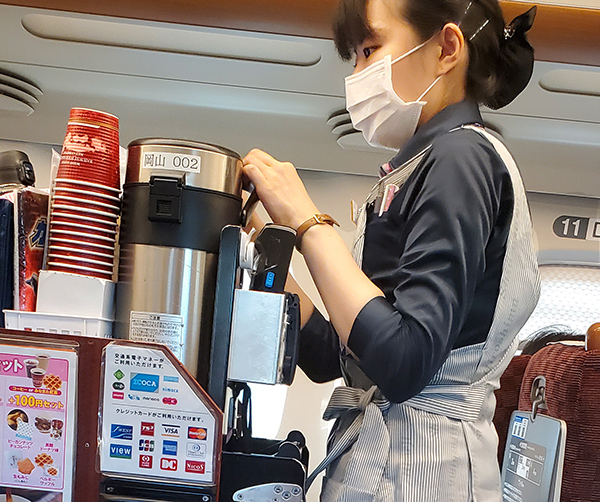 If you’ve read only the news headlines, you may very well have the idea that the pandemic has hit Japan much harder than the US. After all, Japan is closer to China and; early on in the crisis, had the Diamond Princes cruise ship filled with sick and potentially sick people locked down in Tokyo Bay. Japan may have been the first country outside of China to raise alarm bells about COVID-19, but it never developed the kind of hot spots that we’ve seen elsewhere. How did that happen? I’m writing this to fill in a few of the blanks as to what has taken place in Japan and to provide a personal perspective on the ways that the Japanese people have managed this crisis. When we read beyond the headlines, our perspectives on major events, like a pandemic, can change.

In late November 2019, perhaps around the time the first human was contracting COVID-19, my wife Leslee and I planned a trip to Japan, from March 4th to 18th, 2020. As we got closer to our departure date, reports of a dangerous new strain of virus was increasingly dominating the news. Family and friends were encouraging us to cancel and stay home. However, we kept in close touch with friends in Japan, listened to news reports, read updates to the State Department website, and decided to stay the course and travel as planned.

On February 28th, I responded to an email from one of our concerned friends as follows:

“Not to diminish the seriousness of the coronavirus problem worldwide, I do believe that there has been confusion about what’s happening in Japan right now. This week the US CDC added Japan to a list of countries under a Level 2 recommendation. Level 2 encourages caution in following healthy habits (such as frequent hand washing) but does not recommend changing plans unless the travelers have an ‘underlying health issue or may be at risk for more severe disease.’ Because of the importance of the upcoming Tokyo Summer Olympics, the Japanese government is taking some extreme measures to prevent the spread of the disease. For example, the government just canceled schools, spring training baseball games will be played without fans and most large gatherings (such as festivals) have been put on hold. While that’s unfortunate for us, it is a sensible, proactive step that is not a reflection of an out-of-control crisis.” … “Their biggest cluster now is in Hokkaido (to the north), which is not part of our travel plans. Hokkaido is taking even stronger action to prevent the spread from expanding or moving south.”

Even though we were confident in our decision to travel, upon boarding our flight, it was clear that many others didn’t share our view. Our Delta flight from Minneapolis was less than half-full. The flight crew, with lots of time on their hands, was especially friendly and chatty. Some of this was the kind of nervous chatter that people have when they are unsure as to what the future may bring. In fact, before we landed, news came to us that Delta had just canceled some of the return flights. We did feel reassured in learning that our return flight was still on.

March 5th, our first day in Tokyo was chilly and rainy. We ventured out around some of Tokyo’s most popular neighborhoods to see what had changed since our last visit. We also had a meeting at a major bookstore about carrying my book in the future. Walking around, it became obvious that close to 90% of tourists must have canceled their trips. Especially noticeable was the absence of Chinese tourists, normally the lifeblood of high-end retailers. Thinning out the usual crowds even further, a lot of workers followed government advice to work from home if possible. That having being said, most businesses were open and functioned normally. Despite this, with the heavy mask usage, hand sanitizers, and lack of crowds, we felt pretty safe traveling around Tokyo. In fact, at the entrances of every store or business, we were greeted by a large pump bottle of hand sanitizer.

While public transit was clearly lighter than usual, stores, restaurants, and businesses were open. Some museums, zoos, and public events were closed, and hotel breakfast buffets were replaced by a simpler, prepared option, or eliminated. Unlike the Chicago we left behind, most everyone (ourselves included) was wearing a mask. Anyone who has been to Japan before the pandemic knows that the Japanese are quick to wear a mask (masko) at the first sign of a sniffle or cough, out of respect for others—especially in densely populated cities. So, seeing most people wearing masks was not a surprise. We were however surprised to see teenagers, who were off from school, openly socializing in groups without masks. This just goes to show that teenagers in Japan aren’t much different than anywhere else! With lighter crowds than usual, most everyone else tended to keep polite separations (though this was well before the six-foot or two-meter rule came down).

During our stay, we started to hear news reports and word from friends back home that things were getting crazy in the US, with runs on toilet paper, bottled water, nonperishable foods, hand sanitizer, etc. It was hard for us to grasp! As our trip progressed west by Shinkansen bullet train, we spent a night at a minshuku Japanese inn in Hakone. We were the only guests! Another sign that tourism was collapsing.

We continued west toward various points in Kyushu, western Japan. In less-densely populated cities, mask-wearing was less prevalent. A side note is that during our time in Kyushu, there were no reported cases of COVID-19 infections in the area.

Fast forward to March 18th, our last day in Japan. We spent that night in Shinagawa, one of the many towns that comprise Tokyo. After some sightseeing, we went to Ueno Park and saw some of the first cherry blossoms in bloom (and probably saw more tourists than we had seen on the entire trip). Within a week after that, the government had blocked entry to Ueno at the blossom peak, because of a lack of social distancing. It would be hard for most Americans to understand what a big deal this closing was to the Japanese. Celebrating the arrival of cherry blossoms by partying under the trees is one of the major events of the year. And Ueno is Japan’s most popular cherry blossom viewing location.

Shinagawa is just a 20-minute train ride to Haneda and our flight home. Other than an eastern European woman attempting to con us out of some money with the stranded traveler scam, the airport was quiet. Our return flight turned out to be the opposite of our previous flight, being more than three-quarters full, a result of canceled flights that had been consolidated.

On March 24th, we learned that Japan postponed the 2020 Summer Olympic Games until 2021. While the venues would be ready, the world could not be screened for COVID-19 before entering Japan.

In mid to late April, we were seeing headlines about Japan along the lines of: “Coronavirus shutdown expanded to all of Japan,” “Japan struggling to provide enough tests,” “Japan’s healthcare system at risk of becoming overloaded.” By the headlines, it seemed as if the western media were reporting that conditions were much worse in Japan than in the US. That image has proven to be way off the mark.

In an excellent article by David Ewing Duncan published May 8th in Vanity Fair, entitled, “If 80% of Americans Wore Masks, COVID-19 Infections Would Plummet, New Study Says,” the following was reported:

“If you’re wondering whether to wear or not to wear, consider this. The day before yesterday, 21 people died of COVID-19 in Japan. In the United States, 2,129 died. Comparing overall death rates for the two countries offers an even starker point of comparison with total U.S. deaths now at a staggering 76,032 and Japan’s fatalities at 577. Japan’s population is about 38% of the U.S., but even adjusting for population, the Japanese death rate is a mere 2% of America’s.”

As you can see, on a per-capita basis, compared to the US, economics aside, Japan has weathered the COVID-19 storm in pretty good shape. The author’s research suggests that the big difference is the level of compliance in mask-wearing. I would add that, as we observed, hand sanitation, school shutdowns, fewer commuters, and cultural tendency to maintain personal space all helped as well. And of course, the Japanese generally prefer a bow to a handshake, further limiting physical contact.

As of May 17th, Japan has had 17,022 cases (including 712 cases from the Diamond Princess cruise ship) and 761 deaths (including 13 from the cruise ship), with a population of about 127 million. As of the same date, my home state of Illinois alone has had 92,457 cases and 4,129 deaths, with a population of less than 13 million. Doing the math, that means your chances of dying from COVID-19 are more than five-times greater in Illinois than in Japan! The numbers would be even worse for New York, Detroit, and other places in the US.

While some loved ones thought our trip timing was ill-advised, we made an informed choice. It could be argued, perhaps, that we were lucky that our trip went so well. But it wasn’t luck that allowed Japan to fair so much better in this pandemic than many other countries. The combination of early, sound advice from the Japanese government, a responsible population, and some healthy cultural norms have made a big difference in limiting the spread of the disease. And neighboring Korea did an even more impressive job. Back home, we’re still seeing people who scoff at wearing masks and social distancing. While the US media keeps telling us that “we’re all in this together,” it doesn’t seem that way when so many people think they know more than the CDC. As new cases reduce in number, Japan is now starting to open up again, in a controlled manner. Let’s learn from their example.

Japan’s luck on COVID held for quite a while. In late May, a Japanese friend emailed me that things seemed to be slowly getting back to normal, with many restrictions being lifted. In mid July, the situation had changed and new cases were multiplying throughout Japan. Today, NHK reported over 1,200 new cases nationally with over 4,000 people hospitalized, up from just 700 on July 1st. While the numbers are still nowhere near the levels in the US, they are increasing. (My home state of Illinois has been recording daily new case numbers above that for all of Japan.) Japan’s adherence to mask wearing and other recommendations probably has played a role in keeping the numbers down, but the country never shut down to the extent of many US states. Like everyone else in the world, they are making adjustments.

Hopefully, an effective vaccine will be available in late fall/winter, and the 2020 Olympics can go on in 2021. It’s going to be very challenging for Japan and the Olympic Committee to pick a deadline date for making the call.